Why this Documentary ? – Pourquoi ce Documentaire ? 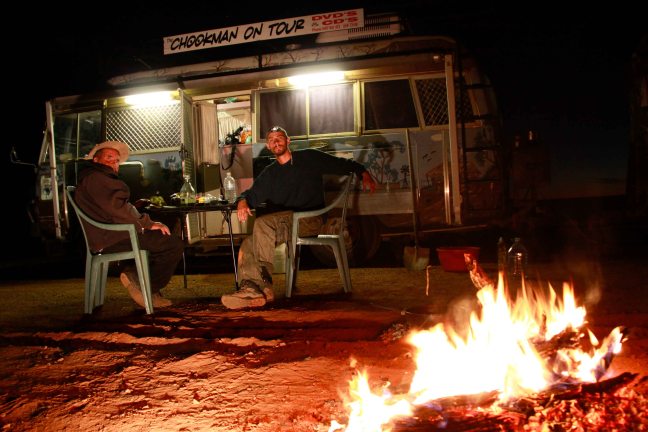 It’s Never too late to realize your dream!

I met Frank Turton  ” The Chookman” in 2009 while I was doing a world Trip. I arrived by chance at ” Daly Waters Pub “where he was doing is show every night for 4 Months. The first thing I’ve seen was  chooks running everywhere, eating salad on Frank’s table where he was wood curving. I said to myself :” This look likes a movie situation!”. After 5 minutes talking to him, he told me about his dream (from several years) to build an houseboat: ” I want to live on this boat with my chooks, grow my own veggies and play songs for everyone, sailing along the Murray River. A real river busker!”. I asked him: ” When do you want to build this boat” He said: ” It’s gonna be finish in 3 months” After thinking 5 minutes I decided to stop my world trip and make a documentary about Frank. It was so amazing to see an 68 years old “young man” with fire in his eyes like a kid who want to realize is dream. I had to share this story and show this in Europe where dream doesn’t have a place anymore in people’s life. A real quest for freedom. After that we want back to his house in Paringa (South Australia), 2000km from Daly Waters. I stayed 2 months with him to film and helped him building the boat. October 2009 Frank’s dream became a reallity. We had an amazing two weeks trip, up and down the river on board of the ” Willitsinkorwontit”. Than I left Australia and went back to France. For 2 years I’ve worked on my other job, as a photographer, without to be able to edit the movie. Frank and I kept in touch and in 2012 I came back to Australia to see his life’s changes. I found an amazing connection between us, so powerfull, stronger that I could ever imagine. One more month to finish the documentary, 50 hours footage in total. 2014 it’s my turn to realize my dream,  the movie is finish after more than a year of editing. 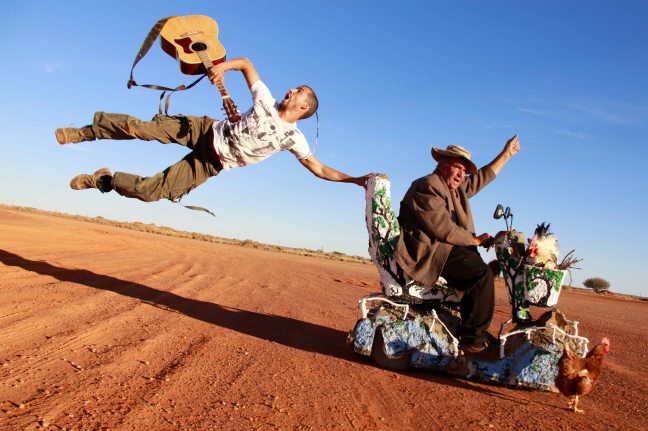 One thought on “Why this Documentary ? – Pourquoi ce Documentaire ?”